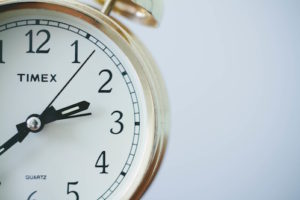 By the time couples come to couples therapy they have a built up a lot of tension around recurring problems. For instance, when Joe and Amy came to therapy they had been arguing about who has it harder with respect to chores and child-care. Each felt they were sacrificing more than the other. This led to the typical quid pro quo or tit-for-tat scenario. Many of their arguments were just different versions of the same core conflict. Their discussions quickly escalate.

Couples come to therapy to resolve conflicts and learn better ways to communicate when disagreements arise. When the same issues arise again and again—often over seemingly simple daily routines like who does what in terms of housework, childcare, or social and recreational time— we call this a perpetual problem. Stressful times or life transitions such as retirement, job loss, childbirth, empty nest, or illness can activate these perpetual problems, leading to increased conflict and negative feelings about the marriage.

When a couple first starts therapy, one or both partners will be thinking negative thoughts about their partner.

Gottman Method Couples Therapy, developed by Drs. John and Julie Gottman teaches couples to manage conflict rather than eliminate it, and learning to stay calm during difficult discussions is an important tool in managing that conflict. The stress of arguments creates a “fight or flight” response that is both physical and emotional: the heart rate increases, muscles become tense, blood flow decreases to the hands and feet. These physiologic signs are signals that one is overwhelmed or “flooded.”

Studies have shown that this level of heightened arousal affects the ability to accurately recall events, stay focused, and listen to another. Feeling flooded can also lead to the defense mechanism of stonewalling, or shutting down.

Shutting down serves to protect the stonewaller from the discomfort of increased flooding, but it effectively stalls further communication. Indeed, stonewalling is the fourth and most dangerous of the “Four Horsemen of the Apocalypse,” emotional patterns that can sabotage a relationship, according to John Gottman’s book Why Marriages Succeed or Fail.

The Importance of Self-soothing During Conflicts

Calming down, then, in the midst of a conflicted discussion allows both partners to continue to work on the issue in a more productive and compassionate way. In couples therapy, when one partner is flooded, I gently stop them and ask them to become aware of their arousal level. I have seen profound effects from this simple intervention. It is one of the cornerstones of the Gottman approach and one that has proved to be immensely helpful. This step alone increases the client’s attention to their own reactions and can take them away from the blame game. Later, clients can be taught to recognize for themselves the sometimes subtle onset of tension that can quickly escalate to anger.

Simply noticing heightened arousal may not be enough, and this is where therapists can help teach self-soothing techniques. Many couples therapists will tell their clients to “take a time out” when overwhelmed with emotion. However, many people who come to counseling simply don’t know how to relax during a difficult conversation. Taking just ten minutes of a session to do a relaxation exercise—focusing on slowing breathing, heart rate, and noticing sensations of warmth and letting go of unnecessary muscle tension—can give that necessary pause before resuming a dialogue that has become heated. When Joe and Amy become flooded in a session, they stop looking at each other, shrug their shoulders, and stop talking. Other couples may raise their voices and talk at each other, rather than with each other. It is at this point, that I may ask them to take a few minutes to pay attention to their breathing.

That’s especially important because when one partner is flooded, both are flooded: the emotional build-up is reciprocal. Teaching self-soothing in the moment will lead to new skills in communication and will improve conflict management. The awareness of cues that lead to over-arousal is the first step in helping a couple slow down enough to effectively process and continue a conversation. What we are in fact doing is teaching a form of mindfulness, even during an argument.

Using self-soothing during a couples session when one or the other partner is flooded is surprisingly easy. Perhaps couples’ therapists do not use this powerful technique because they assume that it will take the couple away from the issue they are discussing in a therapy session. However, to let an argument continue to the point of emotional and physical flooding will only leave the couple feeling worse at the end of the therapy hour. Taking just a few minutes of the session to be guided into a relaxation exercise can have profound effects because it will slow things down enough so that the discussion can continue in a more productive and caring way.

It is my deep belief that teaching a couple to self-soothe and ultimately to soothe one another brings depth and empathic attunement to the marriage. This obviously benefits the couple but has a ripple effect on the family. As we know, children model their parents’ emotional regulation or dis-regulation. When kids are able to feel safe around parents, even in the midst of an argument, they will gradually internalize the ability to do their own self-soothing.